We, Ubuntu Myanmar Loco team is an Ubuntu Council-recognized Loco Team that is offering support in the ease use of Ubuntu Operating System in computers across Myanmar.

Ubuntu for Myanmar initiated action in 2009. It was a youth organization that had been continuously organizing Ubuntu and Ubuntu-related Open Source software events, free workshops and had been an active organization. It has been praised by the IT community and portrayed by the media as the most active organization facilitating several events.

In 2009, with the initiation of Ubuntu Council, the team reestablished as a LoCo Team (Local Community Team) that offers Ubuntu support locally in 2010. On November 16 2011, the Ubuntu Council approved the Ubuntu Myanmar LoCo Myanmar as a full qualified Loco team unanimously.

Among the 50 Loco Teams in Asia, Ubuntu Myanmar Loco Team is one of the 10 officially-recognized, active teams. A team requires a re-approval on a 3-year basis and it is only approved as official Loco Team and regarded as active when the team fully executes actions to\and complete objectives.

Myanmar Unicode font was only recently supported in Windows OS and Apple Mac OS, however it has been supported in Ubuntu with both fonts and keyboards since 2008 and community contribution made it possible for use in local language.Current Progress of Language Pack allows using Myanmar Language for the Software. A 45% progress in a language packs means it will be possible to use Myanmar Language from Installation process and will be distributed at zero cost by Ubuntu Official servers. 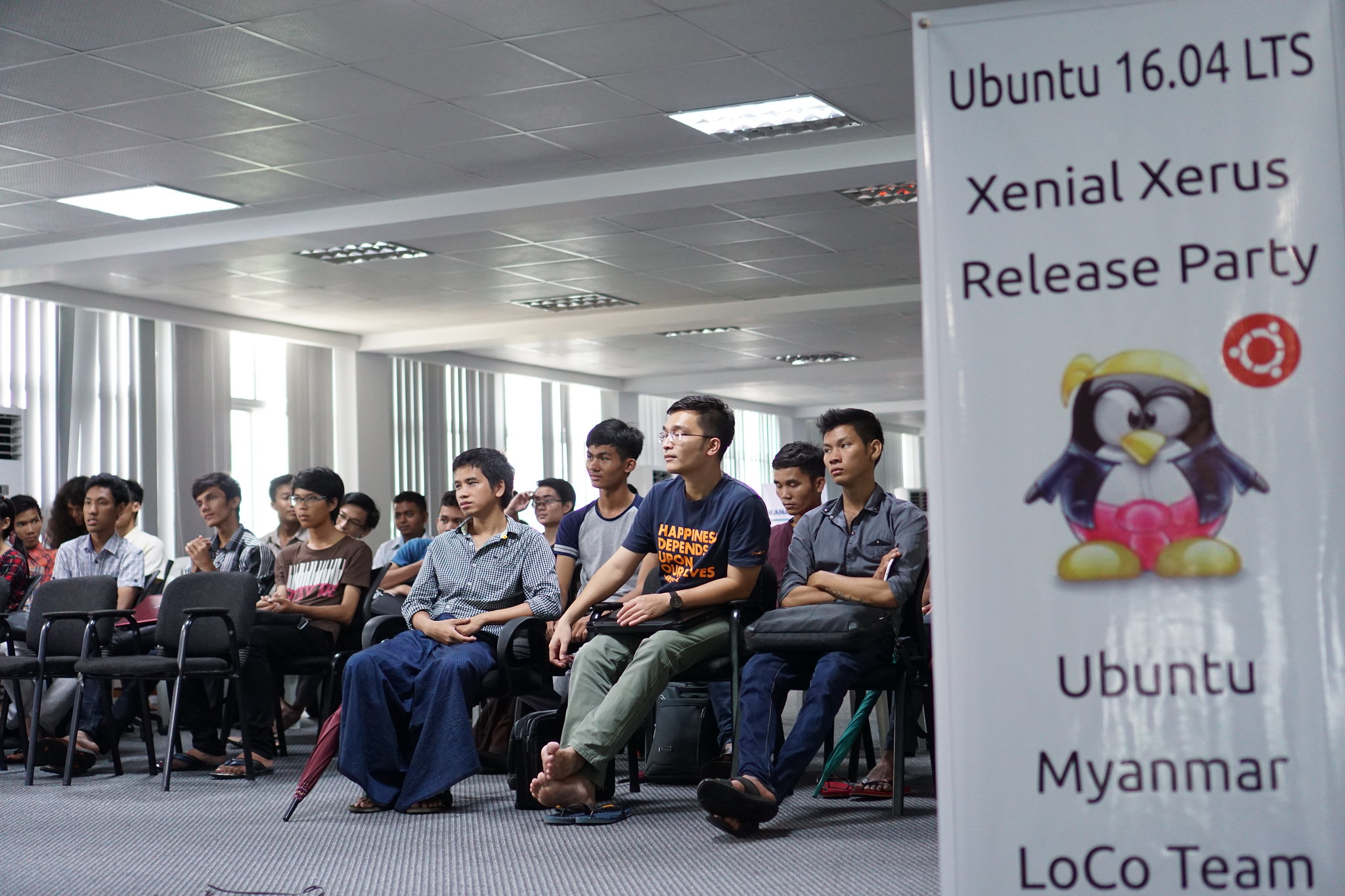 Linux For Human Being